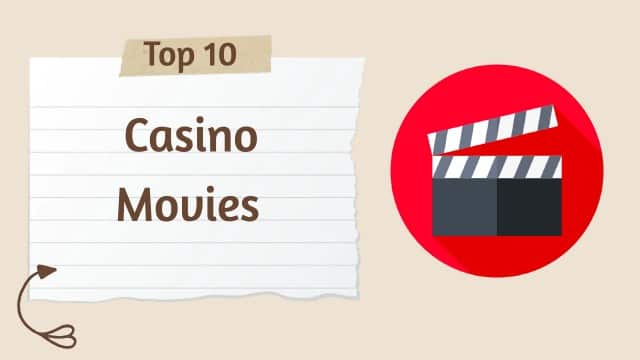 Many people relate casino establishments to glitter and glamour and the rich and the famous, especially when it concerns casino venues like the Monte Carlo Casino in Monaco or one of the many fancy casinos in Las Vegas. In contrast to the glamour part of gambling, there is also the downside of gaming related addicts and people getting themselves into trouble. This is also what most films reflect: they either portray the glamour industry or they show the mess it can get people into.  This brings us to our top 10 casino movies as the ten picks that made it to our list tell parts of both stories. To still taste a bit of the fascinating ambiance of land based casinos, watching a casino movie is probably not a bad idea to say the very least. A good casino movie gives you the chance to take a look at what causes the buzz around pokies and the roulette table without risking a dollar yourself or bumping into dodgy people. Let’s take a closer look at what we believe are the top 10 casino movies for players in New Zealand. 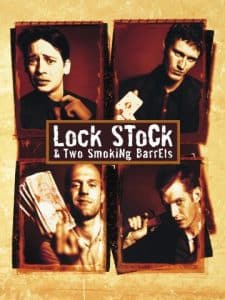 Lock, Stock & Two Smoking Barrels is a 1998 British crime film directed by Guy Ritchie which means that most Ritchie fans will probably know what type of movie to expect. The film was Ritchie’s major breakthrough that introduced Vinnie Jones and Jason Statham to a global audience. In the film four poker players decide to team up with the goal of making a hefty profit at the casino. They gather 25,000 pounds and play with this money in a high stakes poker casino game. What they don’t know is that there is also a gang of cheaters joining the game resulting in a 500,000 pounds loss for the four. Desperate, small-time criminals Eddie, Tom, Soap, and Bacon wait for their neighbours to rob some drug dealers, with the plan to rob the robbers. This is when things get even worse. 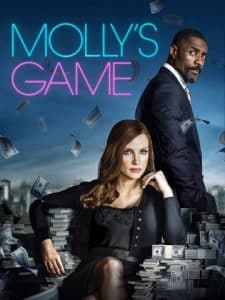 Molly’s Game is based on a true story about former champion skier Molly Bloom (Jessica Chastain) who is forced to switch careers after she suffers a terrible accident. She joins a poker room and gets involved in the world of underground poker. Molly is the one that organises cash game nights for high rollers that are attended by lots of dodgy people with a lot of money. Molly shows how the illegal business, which is shown as a highly addictive and above all, very lucrative world of underground poker works. The film portrays a very harsh world that combines money, drugs, violence, and powerful people. 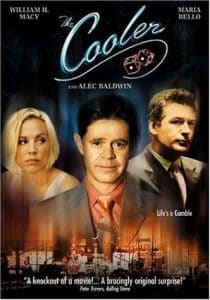 In The Cooler you’ll get to know the story of the professional casino loser Bernie (played by William H. Macy) whose job it is to ruin any high roller’s playing sessions. He does so by playing at the same craps table, and with his natural bad luck, Bernie manages to turn the luck of every other gambler at the table for the worse. The film begins with a sad and funny man who is recovering from a gambling problem and still has a lot of debts with the owner of the casino, Shelly Kaplow (Alec Baldwin). Bernie then decides to work for Shelly Kaplow, getting himself into even more trouble as his love for the very attractive cocktail waitress Natalie (Maria Bello) throws a spanner in the works. Then again, Natalie might just be the exact person he needs to change his luck for the better. 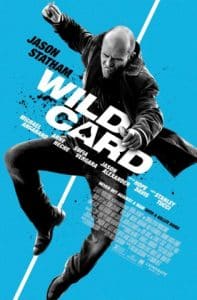 The story in this film revolves around a former soldier called Nick Wild (Jason Statham) who works in Las Vegas as a chaperone, a body guard. Nick’s dream is to save a large sum of money and eventually leave Las Vegas and settle somewhere in Venice. Before he leaves, he agrees to help the prostitute Holly (Dominik Garcia-Lorido). Holly was brutally abused by the son of a mobster and is desperate for Nick’s help. This hassle, combined with losing money in the casino, makes Nick float a long way from fulfilling his dream. The scene where we see Nick in the Golden Nugget Casino is probably one of the most exciting moments from casino movies with the main lesson that it is better to stop early and take your loss for granted instead of wanting to compensate for earlier losses. 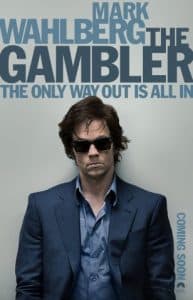 Jim Bennett (Mark Wahlberg) is a professor of literature and writer living a double life. During the day he teaches literature, while at night he squanders money on cards. Jim loses all his money in an underground casino and then decides to play with borrowed funds. Meanwhile, Jim flirts with a college girl named Amy (Brie Larson) who he believes is a promising writer. This gets Jim into a rollercoaster of mixed emotions as the money he borrowed was given to him by local criminals, not the type of guys you want to mess with. As he fails to pay them back and the crooks start threatening his students, Jim decides for the very first time to seriously think about his options of how he can pay off his debts. 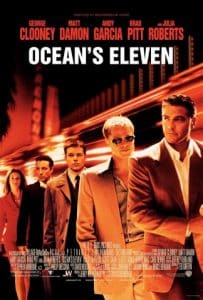 Professional thief Danny Ocean (George Cooney) just got out of jail. The next day after his release, he’s already working on a new master plan for a rather challenging casino heist. One of his main reasons to set up the heist is that Danny Ocean’s ex-wife Tess is now in a relationship with Terry Benedict (Andy García), who is his enemy and owns a network of casinos resorts. Danny assembles a team of skilled experts consisting of a professional card player, an acrobat, and a pickpocket amongst others, for what is going to be one of the biggest casino heists ever. The inspiration for this production and the original film from 1960 may have been a robbery of a Brinks building in Boston by 11 criminals. This heist went down as extremely technical and complicated. 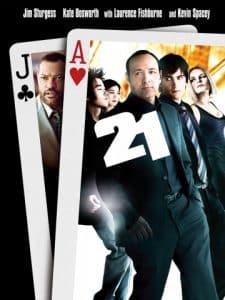 This successful casino film is based on a real-life story of a group of MIT students who formed a blackjack team. Any gambler who knows how to count cards can beat the casino, at least at the blackjack table. So what would you do to monetise these skills? Bring together a group of people who all have the same skills. This is what Micky Rosa (Kevin Spacey) did, a talented math teacher who teaches these advanced techniques to the students at MIT. The MIT Blackjack Team, as they call themselves, end up trying to beat the largest casinos on earth by making big profits with their card counting tactics at the blackjack tables. But then the casino owners discover how the group manages to beat the house, which is when things turn out ugly for the young students. The MIT Blackjack Team and its successors operated successfully on a global scale from 1979 through the beginning of the 21st century. 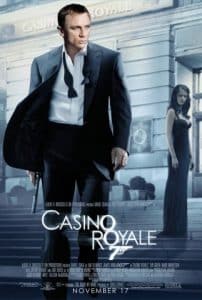 As part of a mission given to him by the MI6, James Bond (Daniel Craig) believes it is necessary to participate in a poker tournament to expose terrorists who will attend the event. James Bond main task is not only to track down the terrorists he’s after, but he also needs to make the most out of his poker skills to be able to fully participate in the tournament. The main tournament is organised in the Casino Royale which in the movie is located in France. At the tournament Bond steps up to face the criminal banker named Le Chiffre (Mads Mikkelsen) which forces the British agent to reinvent his original plans. 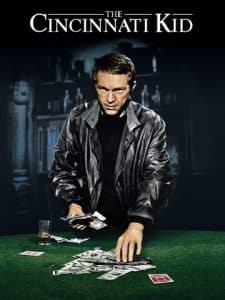 Probably the best movie available as a motion picture about poker. The Cincinnati Kid is the best Stud Poker player in New Orleans and as soon as he finds out that a skilled poker player named Lancy Howard came into town from a card dealer called ‘Shooter’, he decides to take on him in a poker game. One of the reasons this is a must-see movie, for especially the poker minded, is that the real stars of this 1965 movie don’t play Omaha or Texas Hold’em (which are the most favoured poker variants today) but one of the Stud variants where one of each player’s cards remains face down, and the other four open. 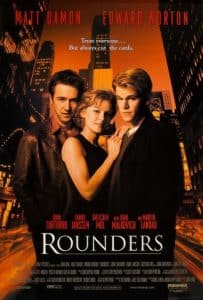 Mike, (Matt Damon), is a card player who becomes overconfident and loses $30,000 of his money playing poker. This is something that had never happened to him before, as he thought he had a gift for reading poker players’ reactions. Rather than thinking of a comeback plan, he chooses to stop playing and promises his bride-to-be Jo (Gretchen Mol) never to touch cards again. Nonetheless, there is a major catch that makes Mike’s story a bit more complicated than previously thought as the money he lost was borrowed from Russian mobsters. Mike then also breaks his promise he made to his fiancee when his old schoolmate Worm (Edward Norton) is released after serving nine months in prison.